The Brennan Gyro-Monorail was designed by Irish-born Australian inventor Louis Brennan (1852-1932) At 40 feet, weighing 22 tons, it managed a speed of 22 mph.

Balance was achieved with two vertical gyroscopes mounted side by side, spinning in opposite directions at 3000 rpm. Weighing ¾ ton each, the gyroscopes were housed in evacuated casings to reduce air-friction loss.

The vehicle was patented in 1903, when Brennan’s working model convinced the Admiralty to fund further development. A full size prototype was demonstrated to the press in November 1909, in Gillingham, Kent. Fitted with 2 petrol engines, it had a  20hp unit powering the gyroscopes, air compressor for braking, and for propelling the vehicle at low speeds. An 80hp engine was used for higher speed propulsion.  At the Japan-British Exhibition at White City, London in 1910 a circular track was built and the monorail car carried 50 passengers at a time around the track at 20 mph.

Advantages claimed over conventional rail vehicles at the time included negotiating tighter radius curves, and cornering at higher speeds, along with suppression of hunting oscillation, a speed limitation encountered by conventional railways at the time. However the downsides included the possibility of catastrophic derailments if a gyroscope were to fail, and all carriages would have needed powered gyroscopes to stay upright.

Other gyroscopic systems were developed, but no further than the prototype stage. August Scherl, a German philanthropist, announced a public demonstration of his gyro monorail in 1909, but he failed to attract funding.

Louis E. Swinney designed and built a small backyard gyro-monorail in 1962 in Kansas City. It operated successfully for several years and was demonstrated to the press several times. The small, jet-age finned vehicle travelled along a steel pipe supported on wooden pylons three feet above ground level.

Brennan’s model still exists and is on display in the National Railway Museum, York. A working model gyroscopic monorail can be seen here on YouTube.

More information on the Brennan project and other monorails at Monorails.org, and at Douglas Self’s Unusual Locomotives site.

For more on the world’s monorails check out this book on Abe Books (affiliate link).

Meanwhile here’s a YouTube video of a model gyroscopic railway 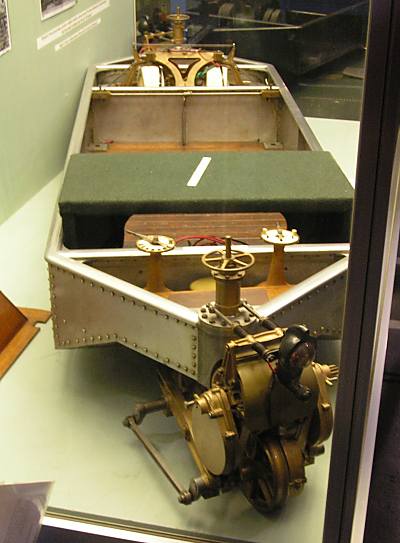 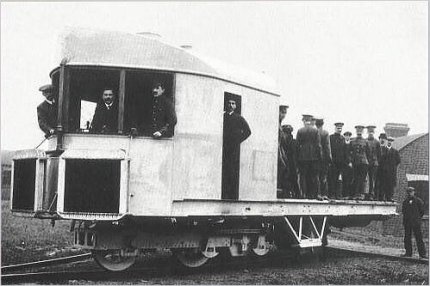