After many years, trams are returning to the Belgian city of Liege. Since 1967, the only trams in the city have been residing in the Museum of Public Transport of Wallonia.

Liege had the first electric tram in Belgium, which started operating in 1893, It quickly developed and by 1905 there were 4 lines that included various loops and branches. As with many other tram networks across Europe, they fell out of favour in the post WWII years due to the dominance of the private car and the network was gradually reduced until closure in 1967 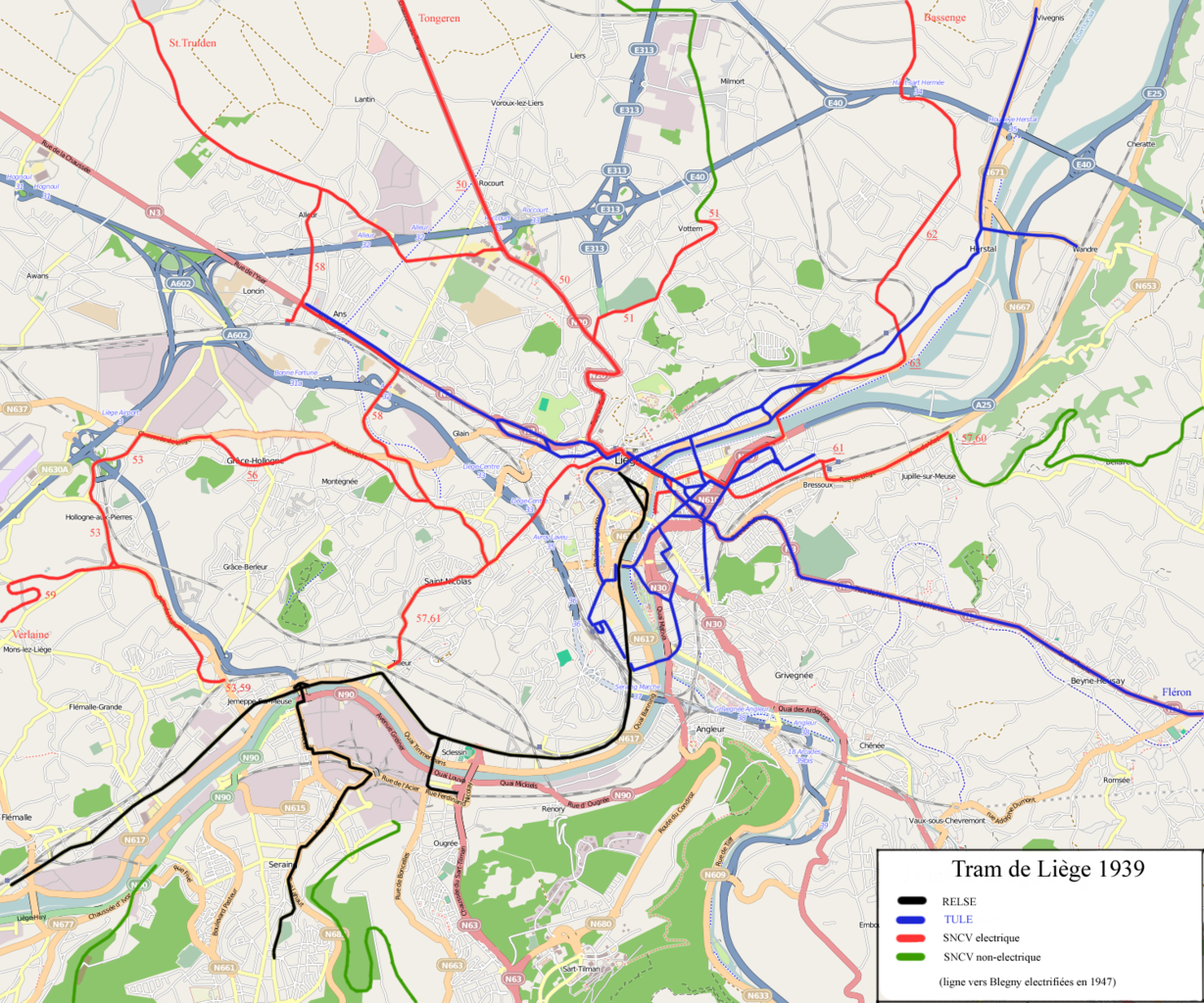 Since then the city has relied on its extensive bus network and private cars for urban transport, and the city centre is subject to extensive traffic congestion, with concerns about the levels of traffic pollution in the centre.

The idea of bringing  back a tram network has been talked about since 2008, but various attempts to start the process have stalled, until construction finally started in 2019. The construction work is now expected to finish in late 2022, with the line finally opening in April 2024. As with many large infrastructure projects recently, Covid has contributed to delays in construction works.

The line will have a total length of 11.7km and pass through 21 stations. It will connect Sclessin multimodal station with Coronmeuse station via Saint Lambert Square and the main railway station, Liege Guilliems.

The trams will be CAF Urbos-100 models, 20 of them are on order. The entire project is estimated to cost €430m, which will be financed by Tram’Ardent consortium, a public-private partnership. The tram network is expected to be developed in the future with further lines but there are no firm plans at present, although the construction of this first line is part of a major strategy to address urban transport issues and pollution in the city, persuading people out of their cars and onto public transport.

There is an extensive display in the Wallonia Public Transport Museum of the new project, including a mock up of the new trams. And more information on the Visit Liege site.

If you’re visiting Liege take a look at the accommodation on offer through Booking.com. This link pays a small commission if you book your stay and helps to pay for the production of this blog